We use necessary cookies to make our site work. We'd also like to set optional analytics cookies to help us improve it. We won't set optional cookies unless you enable them. Using this tool will set a cookie on your device to remember your preferences.
I AcceptLeave cookies off
Competitions » The Pomeroy Trophy 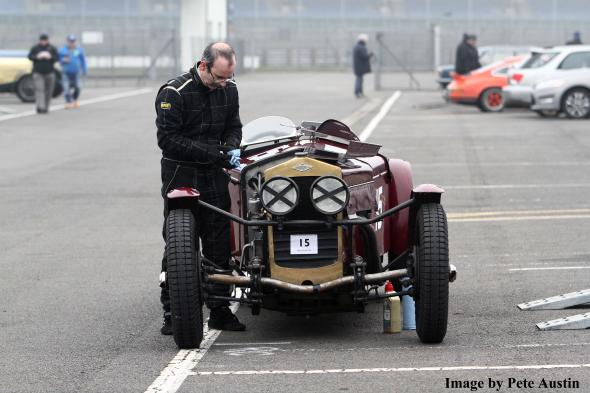 There is perhaps no other event that captures the imagination and ethos of the VSCC better than the legendary ‘Pomeroy Trophy’, a unique event in which the speed, agility and braking ability of Pre-war and Post-war machines are pitted against each other.  This year the added attraction of the Grand Prix Circuit brought a healthy entry, with plenty of FNCC members.

The Pomeroy Trophy went to David Wylie in a BMW  - but unfortunately not the FN kind!