We use necessary cookies to make our site work. We'd also like to set optional analytics cookies to help us improve it. We won't set optional cookies unless you enable them. Using this tool will set a cookie on your device to remember your preferences.
I AcceptLeave cookies off
Competitions » Brooklands Double Twelve 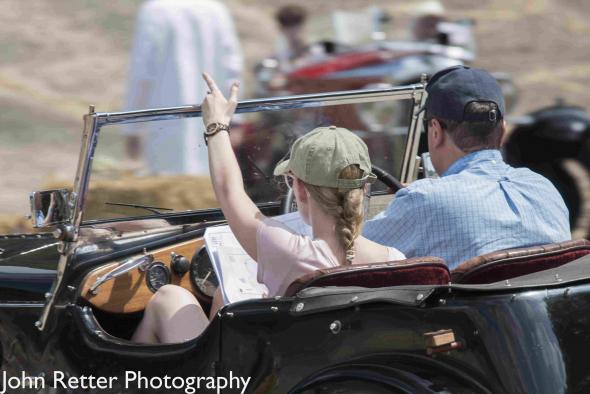 With sweltering weather and demonstration runs on the newly-opened Finishing Straight  (following re-siting of the hangar which has been on it since WW2), this was a memorable Double Twelve event, making good use of the new space.

In the Saturday sprint, Nashes dominated Class Three as usual, with a close run thing between Geoff Smith and Simon B-E.  After Geoff helped Simon fix his throttle linkage during the lunch break it was only right that he took final honours, by 0.15 seconds.  The Captain came fourth in Class, taking First Standard Vintage.  Tim Jarrett (FN-BMW 328) was Second overall in the amalgamated Classes Four and Six , while Richard Gatley in his 319 took First Handicap.  Among the racing cars, Tony Lees in Cognac was Vintage FTD and Julian Grimwade with the Norris First Overall in the Over 3L Racing Car Class.

Many of you will have already heard that the Mondello Park Historic Racing Festival has very sadly been postponed until next year.  Eric Kavanagh......Read more