We use necessary cookies to make our site work. We'd also like to set optional analytics cookies to help us improve it. We won't set optional cookies unless you enable them. Using this tool will set a cookie on your device to remember your preferences.
I AcceptLeave cookies off
Competitions » Prescott 2017 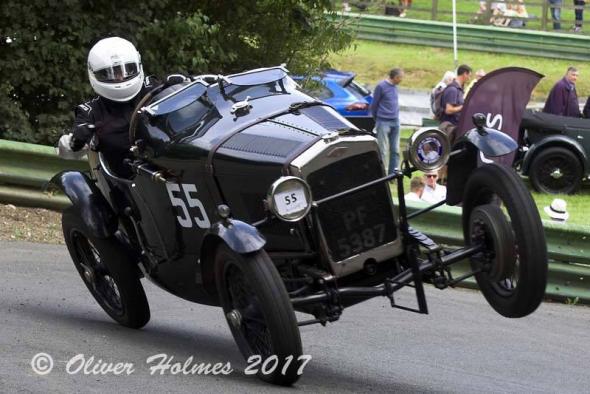 Class Three's 33 entrants included 21 Frazer Nashes and GNs, so the others didn't stand much of a chance.  Among the fastest Nashes, Eddie Williams took an early lead and maintained it - keeping Patrick B-E in second place and his final run beating Patrick's record from last year.  Clive Fidgeon, first time out in his car, took 2nd Handicap, while Davids Johnson and Knight took first and second Standard Vintage.

Picture of the Captain trying too hard and finishing outside the awards.

Many of you will have already heard that the Mondello Park Historic Racing Festival has very sadly been postponed until next year.  Eric Kavanagh......Read more