We use necessary cookies to make our site work. We'd also like to set optional analytics cookies to help us improve it. We won't set optional cookies unless you enable them. Using this tool will set a cookie on your device to remember your preferences.
I AcceptLeave cookies off
Competitions » Intermarque Race at Snetterton 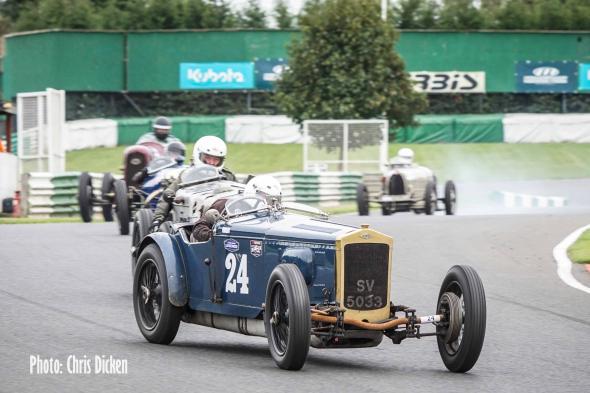 Get your entries in quickly for this new event.  It will be a travesty if it's not won by Frazer Nash!

The VSCC is delighted to announce the addition of a new Intermarque Challenge Race at Snetterton on Sunday 17 September.

This new race will be exclusively open to those competitors driving cars from the top four finishing marques in the 2016 VSCC Annual Aggregate Intermarque Trophy. Marques qualifying for the 2017 race are Frazer Nash, Riley, Austin and MG.

The format of the race will be as follows:-

This new and unique format will provide a wonderful end of season finale for regular racers and has all the hallmarks of a typically unique VSCC event.

Entry Fee is £150 per car, with entries now being accepted online and via the attached entry form.

Entries are also still being accepted for the remainder of the final round of Formula Vintage at Snetterton.