We use necessary cookies to make our site work. We'd also like to set optional analytics cookies to help us improve it. We won't set optional cookies unless you enable them. Using this tool will set a cookie on your device to remember your preferences.
I AcceptLeave cookies off
News » Land's End Classic Road Trial 15th/16th April 2022

Currently the classes open to our cars are;

Classes 2 or 5 in the main trial which run typically tough off-road sections, such as Beggars Roost, Crackington & Blue Hills 2.

Class O which is a milder version of the main trial.

The Classic Road Trial which is all on asphalt but run along the same lines as the main trial and is the longest of the events. Any vehicle can enter the road trial and does not need to be modified for extra ground clearance. Pre-war vehicles will not be required to do restarts in the road trial.  The challenge is more to run to time than do severe observed sections. It will have at least 6 observed sections, 6 time controls & 6 route boards, all to be covered at the required average speed of just over 20mph. Sounds easy?  Just try it along Cornish lanes to comply with no minutes early and no more than 10 minutes late.   The road trial uses much of the route of current and past Land's Ends, often using pre-war sections that have been tarred.  The events start on Good Friday afternoon and finish some 350 miles later taking about 20 hours to complete the course.

Award for chain (or belt) drive GNs and Frazer Nashes 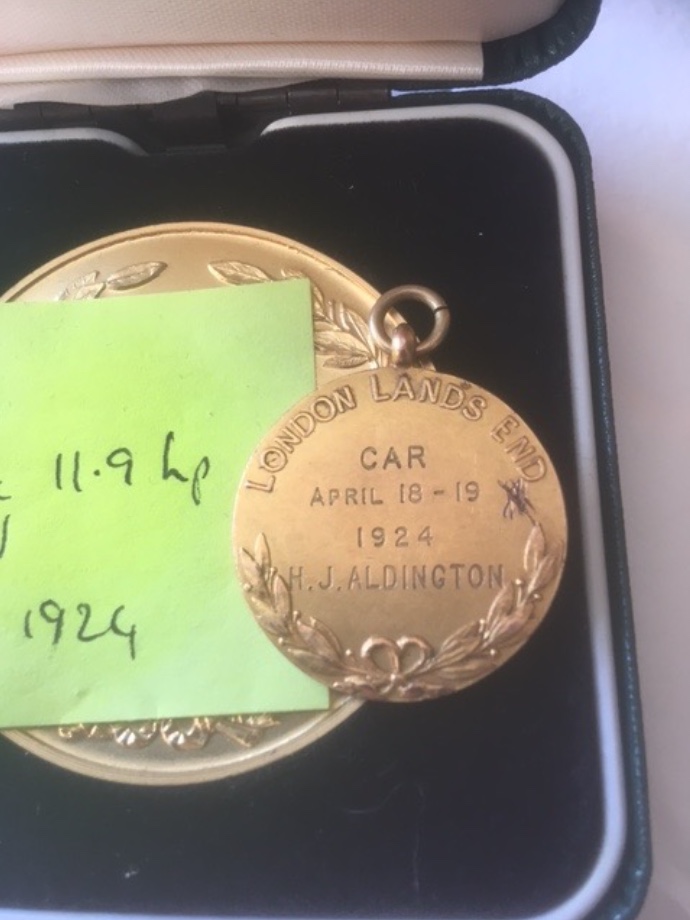 There is a new FNCC award that is open to all chain (or belt) driven GNs and Frazer Nashes entered in any class in the Land’s End Trial or the Land’s End Classic Road trial.  The prize consists of the actual gold medal won by H J Aldington driving an Anzani GN in 1924 when he was 21 years old.  The prize is to be held for a year and awarded at the FN Christmas party.  The award is to remain the property of the Frazer Nash Car Club.

The events start on Good Friday afternoon and finish some 350 miles later taking about 20 hours to complete the course.

The scoring for the Aldy medal will be;

Frazer Nash race at Cadwell April 16th 2022. For those of you who were at the Nash party or have read the AGM minutes, you will be aware that we have ......Read more

As many will know, the Federation of British Historic Vehicle Clubs (FBHVC) facilitates Drive It Day, a national event that was first introduced by ......Read more