We use necessary cookies to make our site work. We'd also like to set optional analytics cookies to help us improve it. We won't set optional cookies unless you enable them. Using this tool will set a cookie on your device to remember your preferences.
I AcceptLeave cookies off
Competitions » Captain Dougal takes vintage FTD at wet Wiscombe 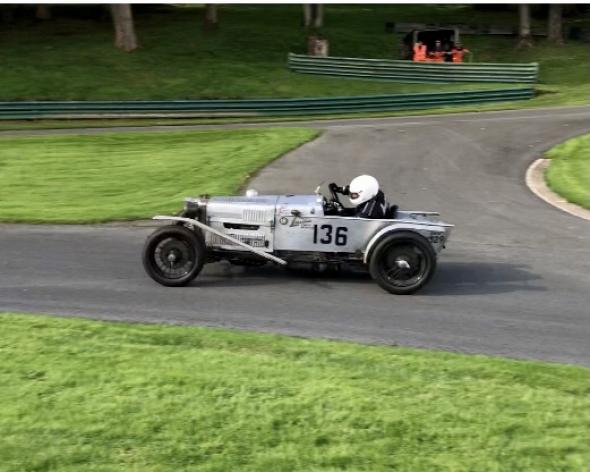 At what, by all accounts, was a wet and cold Wiscombe, Dougal won vintage FTD in Piglet with a time of 54.48. Dominic Hall was delighted to win class 3 in his Super Sports at his first ever Wiscombe, and only his 3rd ever event. The class was, as always, dominated by Nashes & GNs with only 3 other 'non Nashes' to compete against.  Mark Rosten-Edwards won 1st std vintage, sharing GN Annie with father & owner Bill, who took 2nd handicap. Simon Coates won first handicap in his early 1925 Nash.  Matthew Parkin, Yushan Ng, both in Super Sports & Michael Power in his GN Anzani were also out and putting in good times.  In the later classes, Rob Moore in his GN & Winston Teague in Wasp just missed out on the awards, as did David Pryke & Julian Grimwade in their Single Seater Nashes. Congratulations to all for braving the elements and bringing home yet more Intermarque points.

Please be aware that, even if you filled in the form your secretary emailed out, and paid, you still need to fill in the entry form, below! The Fra......Read more