We use necessary cookies to make our site work. We'd also like to set optional analytics cookies to help us improve it. We won't set optional cookies unless you enable them. Using this tool will set a cookie on your device to remember your preferences.
I AcceptLeave cookies off
Competitions » Silverstone Spring Start 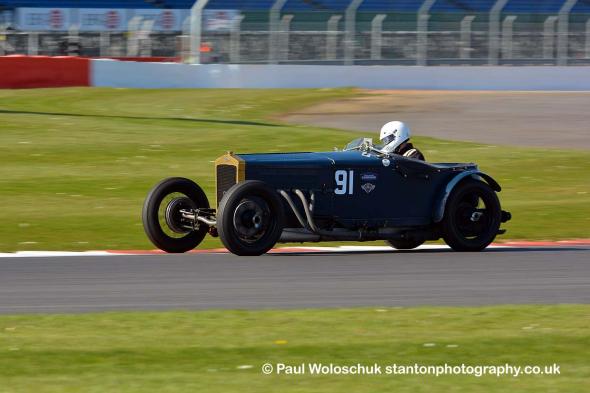 The Frazer Nash race at VSCC Silverstone on the 23rd of April is shaping up to be a huge grid with quite a few racers, not seen out in Nashes recently, coming back to join this celebration of the Marque. With 32 cars already entered including 10 post war cars, it is set to be the biggest Frazer Nash race of all time. We are expecting at least 5 more post war cars to enter which if attained will also be an all-time record for these later cars. It would really help if anyone who wants to enter but has not yet committed to do so, gets an entry in pronto – the race may be in a couple of months and the VSCC closing date may be ages away but we need to fully understand the nature of the potential grid before creating the best race possible. We really hope we can accommodate everyone but if we can’t, in deference to those who have already entered, We’d really like to let people know as soon as practicable so they can enter other races and still be a part of a fantastic Frazer Nash weekend.