We use necessary cookies to make our site work. We'd also like to set optional analytics cookies to help us improve it. We won't set optional cookies unless you enable them. Using this tool will set a cookie on your device to remember your preferences.
I AcceptLeave cookies off
Competitions » Cadwell Park 2016 The Nash Race and others

Cadwell Park 2016 The Nash Race and others 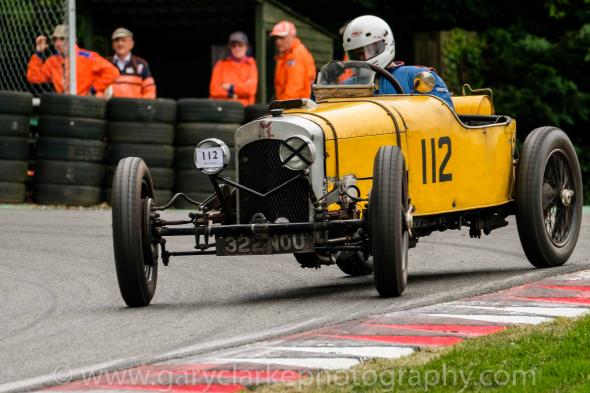 Cadwell was a fantastic race meeting - a bit of a Frazer Nash benefit admittedly, with chain drive cars dominating the day.  Julian Grimwade and Eddie Gibbs  came second and third in the first race, which set a bit of a pattern for the day.  Race two was particularly entertaining for the spectators, with Tom Walker and Justin Maeers swapping the lead - ending with Justin coming second in the Parker GN, Tony Lees in Cognac taking third.

The Melville Trophy race gave victory to Dougal Cawley in Piglet, with Jeremy Brewster in the Geoghegan Special taking third Vintage and David Wylie and Chris Batty fighting good battles of their own further down the field.

The Geoghegan Trophy race saw youngster Eddie Williams out in Charles Gillet's Nash.  From second place on the grid, Eddie took the lead and kept it (just) for three laps, before the experienced Will Mahany managed to pass and hold the lead to the finish. The Nash Race, as ever, was the highlight of the day - even for those not as partisan as your reporter!  There were close-fought duels throughout the field and unfortunately it ended prematurely under a red flag.  The final placings gave Julian Grimwade the top slot, followed by Eddie Gibbs and Justin Maeers. Honourable mentions go to: Alex Peacop who started two races from the back of the grid, but fought his way forward to end up midfield in both, with some great overtaking for such a tight circuit.  Also Tom Waterfield (at 18, easily our youngest competitor) who showed he could handle a car with seventh place in the Nash race - sandwiched between Dougal Cawley and David Wylie, driving Tom Walker's GN Special(picture above), immediately followed by an impressive result in a non-chaindrive car in the next race.  The Club's competitive future is in very good hands!