We use necessary cookies to make our site work. We'd also like to set optional analytics cookies to help us improve it. We won't set optional cookies unless you enable them. Using this tool will set a cookie on your device to remember your preferences.
I AcceptLeave cookies off
Competitions » Cadwell Park Nash Race 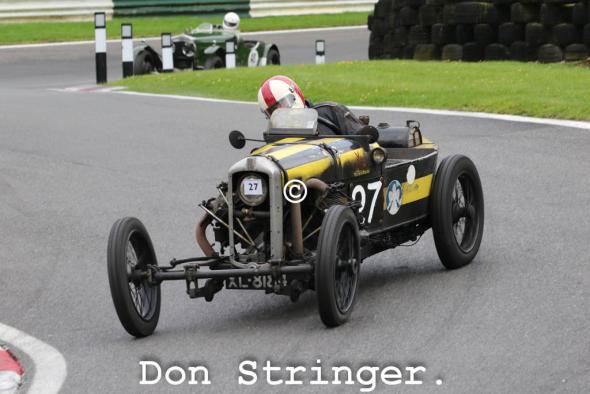 As always there were needle matches throughout the grid of this year's crowd-pleasing Nash race.  Justin Maeers in the Parker GN was overall winner, followed by Charles Gillett and Julian Grimwade.  Julian had been in the lead until a spin on the penultimate lap, following which he battled with Dougal Cawley for the last podium place.

This was just one race in a hugely successful day for Justin, who also won the John Holland and Melville Trophies.  Others who had a look in were; Eddie Williams winning the Geoghegan Trophy (Set 3) race, Julian Grimwade coming second in Race Six, and second places to Justin going to Dougal (John Holland) and Eddie (Melville Trophy).