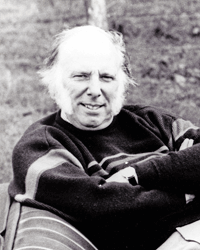 In 1962 my life changed forever, for the better. I became the proud father of a daughter and bought my first Frazer Nash, the 1929 short chassis Super Sports, PK 4481.This car was raced by H J Aldington in 1930 and was the ex-Frank Morrison / ex-Peter Sweet car, owned after me and until very recently by Bernard Harding.

In 1979 I was asked by our then, and very persuasive, Captain Derek Hall to do the finances for the second Raid to Bolzano. I agreed and was apparently found to be adequate enough to become the Section (still part of the VSCC) Treasurer for seven years. During this time I competed in races and hill climbs in my 1929 single seater GN Martyr special – now with Sophie Walker.

In 1987 I was invited to become the Club Captain – what an honour! My first event in office began in April 1988 with the Barton Stacey Driving tests in the snow. In true Frazer Nash spirit all the entries enjoyed themselves despite the cold.

Next Nash event was to Yorkshire, a mini raid which involved a Frazer Nash class at the Harewood Hill Climb, which was superbly supported and blooded several new Nashmen into competition. The year ended with the Christmas Party at the Green Dragon in Hereford, a riotous event, the less said the better.

1989 was the year for the third Raid to Bolzano. Seventy five cars set out from Brooklands, including Pauline and me in our 1937 Ulster 100, FMC 120. I had previously bought five tea chests of car parts from John Teague and set about over the next nine years to painstakingly build and re-body the car, finally finishing it only two days before the Raid. Not surprisingly, having covered only 100 miles of testing, the car had teething problems and I had to rebuild the suspension on the portside at the docks just before boarding the ferry! The Raid was brilliantly organized by David Thirlby and Mark Joseland.

1989 was also Archie’s 100th birthday which we celebrated at Shelsey Walsh over the first weekend in July after the Raiders returned from Italy. We had a fantastic turn out of cars, both Frazer Nash and GN. As the year came to an end so did my turn in the ‘hot seat’. At the Christmas Party at the Green Dragon the reins were passed over into the safe hands of Alastair Pugh.