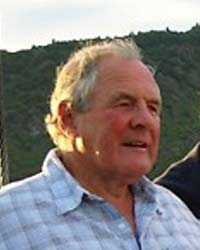 My term of office began in dramatic fashion with the decision of the VSCC that, after nearly sixty years as a Section of the parent Club, the Chain Gang should go its own way.  This resulted in the hasty re-formation of the Frazer Nash Car Club, dormant since 1939.   This move has in the long term been of great benefit, with the opportunity to welcome owners of post-war Nashes as full members of the Club, whilst Frazer Nash continued their domination of VSCC events, winning the Inter-Marque Trophy during all three years.   At the same time as this move to independence, the spares operation was transferred to the original company, Frazer Nash Limited, the historic name having been rescued by John Aldington.

For me the highlight of my time as Captain came with the organisation of the Alpine Raid in June 2007; this was a four-day 1,000 mile event held in the French Alps, during the course of which the entry of 29 Nashes were faced with 34 cols of over 5,000 feet, and a Special Stage every day.  Some very serious motoring, and brilliant performances by both Nashes, drivers and navigators.