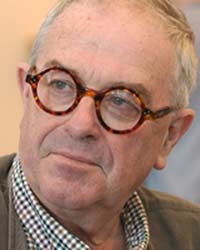 I was mainly  a trials man when I became Captain. I felt that I should emulate the heros of the past and become a “racing driver”, well I got my competition licence. Though it is difficult to describe circulating in the Anzani as racing at least I had fun and now I can truthfully say my car and I have competed in every branch of motorsport.  FUN was the byword of my captaincy, fun is the whole point of owning a ‘Nash and being part of the Chaingang. Being responsible for the welfare of the GN I got plenty of opportunities for spanner bending and roadside rebuilds which is all part of the fun.  Visiting Joé was a treat and being given one of Archie’s medals will be one of my most treasured memories. On my watch we had a Bolzano Raid, 1000miles in 24 hours, The Stanley Cup, Harewood and various GN Jollies culminating in the ascent of the Mighty Violu in the GN. During my term I also took on the mantle of the spares having sadly lost two stalwarts in the shape of Ian Stirling and Mark  Joseland. On the revolutionary front I was the captain who extended the membership to Post War Frazer Nashes and was responsible for proposing our first female Captain. A lot happened which would not have been possible without secretaries John Marsh and Paul Baker and a brilliant committee and other members of the Chain Gang and not least Penny, my wife and intrepid GN pilot. Here is a good point to thank my predecessors for giving me something to live up to and setting the example of having FUN in and amongst chain driven cars and their devotees.