We use necessary cookies to make our site work. We'd also like to set optional analytics cookies to help us improve it. We won't set optional cookies unless you enable them. Using this tool will set a cookie on your device to remember your preferences.
I AcceptLeave cookies off
News » FN driving tests 1959 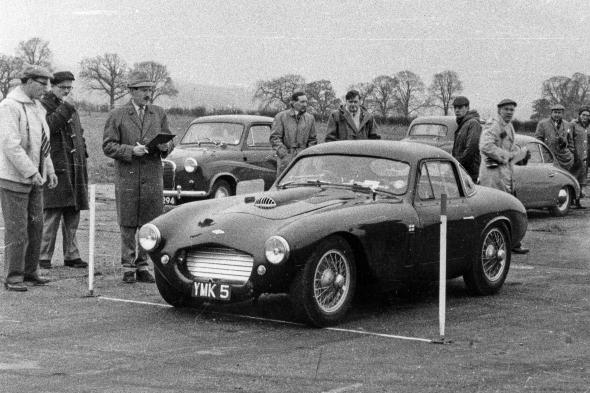 Sorting through some photos of post-war Nashes I came on this one. On the back Ted Walker (Ferret Fotographics) had written : “Circa 1959. F Nash Club D Tests”

I doubted it at first but then I looked at the chaps on the left. Could they be Peter Cobb and Mark Joseland ?

Also the chap in the middle with a cigarette in his mouth looks like Dickie Stoop, and that’s probably his Porsche behind.

Does anybody recognise anyone else ? Any information appreciated in Workshop Chatter.

I’m sure that is Mark Joseland on the far left and the chap next to Dickie Stoop is Brian Owens. I wonder if the fellow departing to the right is my dad…..He and Brian were lifelong Nashing Pals. I think it is a bit early for it to be Dickie’s own Porsche, but he may well have blagged one from AFN or come with someone else from the factory, Michael Burn perhaps……I will take to Brian and try and get a copy to him, he’d be very interested and i'm sure will know more. All the best, Winston