We use necessary cookies to make our site work. We'd also like to set optional analytics cookies to help us improve it. We won't set optional cookies unless you enable them. Using this tool will set a cookie on your device to remember your preferences.
I AcceptLeave cookies off
News » Nash win at the Pom

Nash win at the Pom 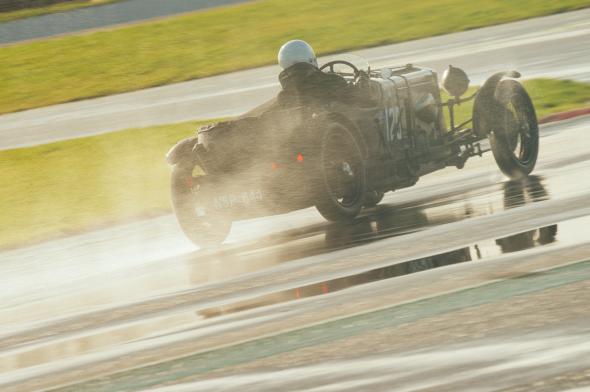 Congratulations to Simon Blakeney-Edwards who won the Densham Trophy in his FN Super Sports for 1st pre-war car at the Pom last weekend, just 5 points off the overall winner who was in a modern Nissan. Congratulations also to Andrew Hall who got a 2nd class award in Fred Wakeman's Super Sports BAM, and to David Johnson & Jonathan Cobb, back in his Nash after an engine rebuild,  who both won 3rd class awards.  Other Nash entrants who braved the cold, wet and windy conditions were Richard Gatley & Annabel Jones, both in FN 319 saloons, Martin Nash in his Super Sports, Charles Pither in his Ulster, Sebastian Welch in his TT Rep, Mark Morgan in his Shelsley and David Goldspink in the Acedes Nash. Two GNs were also entered - Bill Rosten in GN Annie and Nick Topliss in GN Gnome.