We use necessary cookies to make our site work. We'd also like to set optional analytics cookies to help us improve it. We won't set optional cookies unless you enable them. Using this tool will set a cookie on your device to remember your preferences.
I AcceptLeave cookies off
News » Boulogne 2016 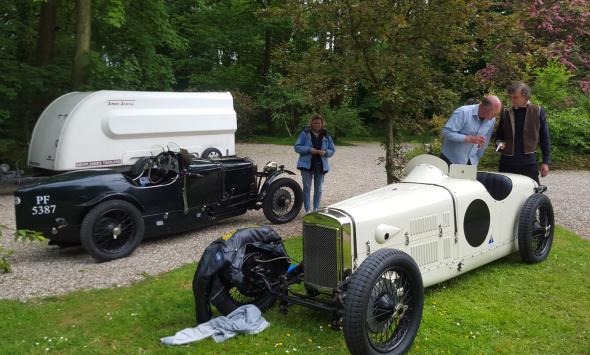 Despite the prospects of thunderstorms, fuel shortages and French strikers at the barricades, a brave group of Chaingangers spent a weekend in France - some on two wheels.  We ate and drank well and marvelled at Clive Gallop's  1925 achievement - a 68mph average time on his best lap while winning the Grand Prix.

Our best effort (that anyone was prepared to admit to) was a 37 mph average.  We suspected Slug of improving on this but, having taken the precaution of running without numberplates, wings or lights, Steve and Charlie weren't admitting anything!

The tally of breakdowns only ran to three broken chains, one bent wriggy monkey and a suicidal clutch finger, so nothing serious and all fixed, with everyone getting home safely as planned.