We use necessary cookies to make our site work. We'd also like to set optional analytics cookies to help us improve it. We won't set optional cookies unless you enable them. Using this tool will set a cookie on your device to remember your preferences.
I AcceptLeave cookies off
News » The day my Anzani went Bang

The day my Anzani went Bang 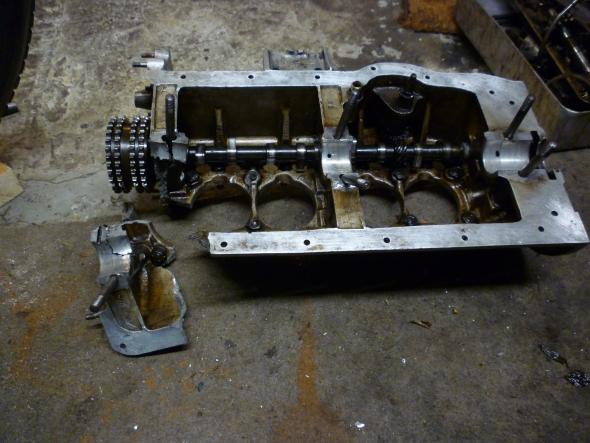 I've been self isolating in my shed and rebuilding my latest Morgan 3 wheeler, a 1926 Family Aero (2+2) with a sv JAP (for the moment, but I'm looking for yet another v twin Anzani for it to add to the Anzani fleet - one 4 cylinder in the Nash, another 8 valve v twin in the Morgan "Horrocks Kettle").
The rebuild of the Nash is more or less on hold at present, pending the end of lockdown.
The process of the recent disaster went as follows (I think).
When I first bought the car from Mark Joselands widow, it went well, particularly after Andrew Smith showed me how to drive it properly, without the clutch. I've been everywhere with it, down to Prescott numerous times,  to Harewood for the Nash day, and even in 2017 to Montlhery, whizzing around the circuit almost to the top. I spent a couple of years adjusting all the settings which I thought were wrong and probably down to wear, then the following years adjusting them back to where they were in the first place!!
4 years ago  the car developed a ticking noise in the engine, I couldn't find the cause, then one day there was a bang and the engine stopped. When I got it home and in pieces I discovered that the Austin 12 gudgeon pin in no. 1 cylinder had split in two, adjacent to the groove in the centre for the clamp bolt used in the Austin, but not used in the Anzani Nash. This had been the clicking, and the pin halves had eventually worked themselves sideways until one of them caught on the bottom of the cylinder at bdc, and then wrecked the conrod and piston.when they tried to ascend the bore.
Other than that, no visible damage. I bought a new set of JP pistons with solid (ie without grooves) gudgeon pins, and used another conrod from the spares which came with the car, had it white metalled by John Kirkby, and screwed the engine back together. It ran well and I started to use the car again. The edge had gone from the performance, however.
Last year the car became increasingly difficult to start - it need the battery well topped up. One day we were going for a picnic, the car was ticking over in the drive, I snicked it into reverse, blipped the throttle and there was an almighty bang. I got out, opened the bonnet and could see a split in the crankcase just behind the timing case, so we pushed the car into the garage , shut the door and went for a rather sad picnic.
A few days later I dismantled the car. The crank had broken just aft of no. 1 cylinder, across the web. The break wasn't clean at all, there were impact marks all across the break, as though the two halves had been hammering together for a while. The crankcase was broken off at the front main bearing, the front and centre main bearing caps were broken, and all the con rods were twisted.
I advertised for a replacemet crankcase, but none were offerred.
Richard Houlgate then recommended Harrisons in north Lincolnshire as laser welders. I took the damaged parts down to them, and they have made a superb job of fixing the crankcase and timing case (and also putting the corners back on the block which had been broken off before I got the car).
I'm now ready to take the parts down to Phoenix, for a new crankshaft, rods, steel bearing caps, and shell bearings, but as I said at the start of this story, this is now on hold pending the lifting of travel restrictions. 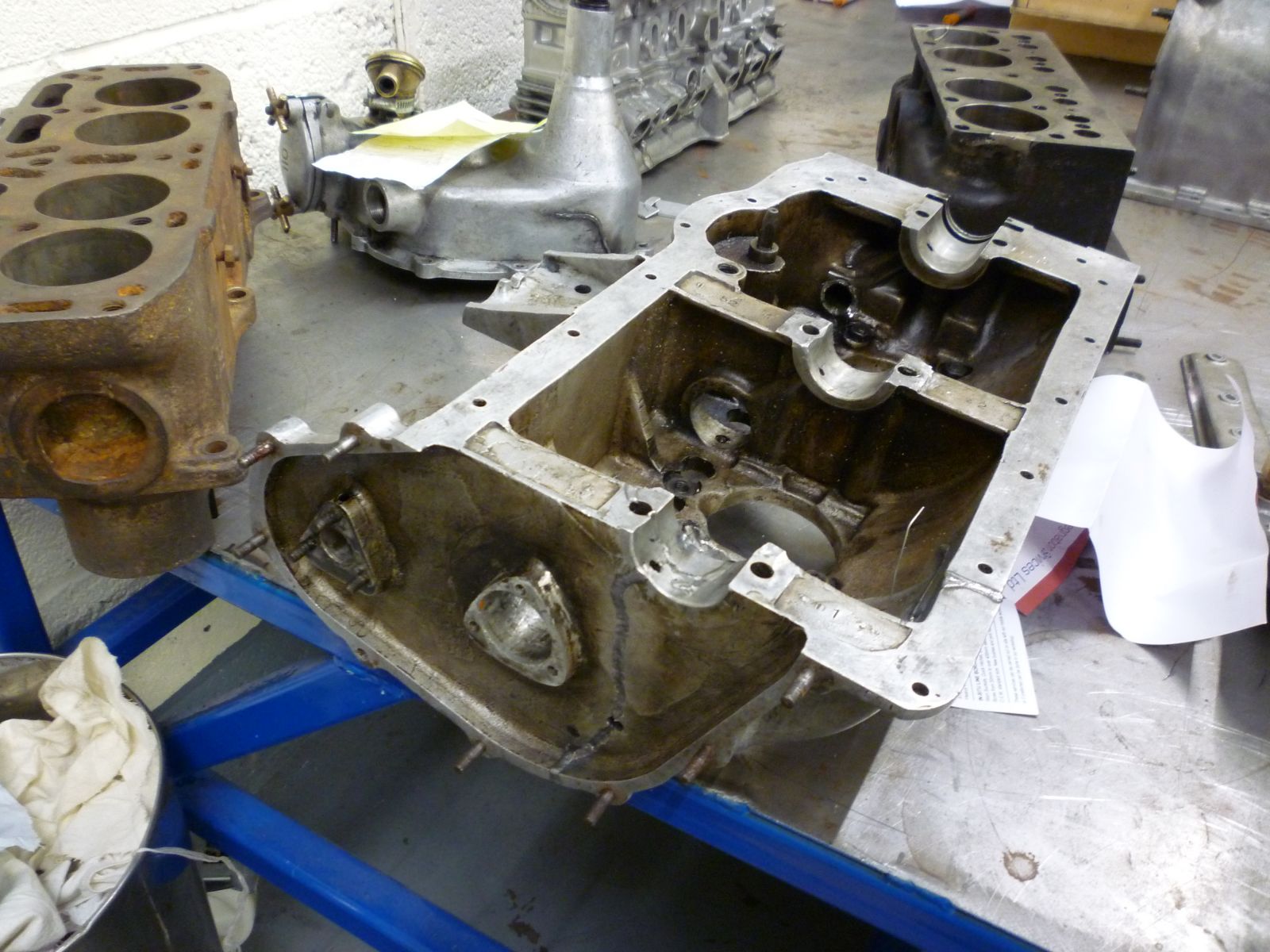 I'm also planning to visit NICAL near Southampton, to have my camshaft checked and to buy new sprockets and drive chain. Charlie Wheeler Carmichael has given me some valuable help regarding the different camshafts, cam followers etc.
I still have to investigate cylinder head sizes (mine is a Ricardo but I'm unsure of the compression ratio with the JP pistons, until I get the engine back together.
Everyone I've asked in the Nash club have been most helpful with this " process". I'm looking forward to getting my Nash back on the road, meanwhile I've rebuild the radiator and magneto, and am considering fitting an auxiliary water pump to keep the rebuilt engine cool!
Pictures attached are of the broken crankcase, the mended case, and another Anzani powered car -" Horrocks Kettle" Morgan - 8valve Anzani.
Cheers,
Roger Harrison 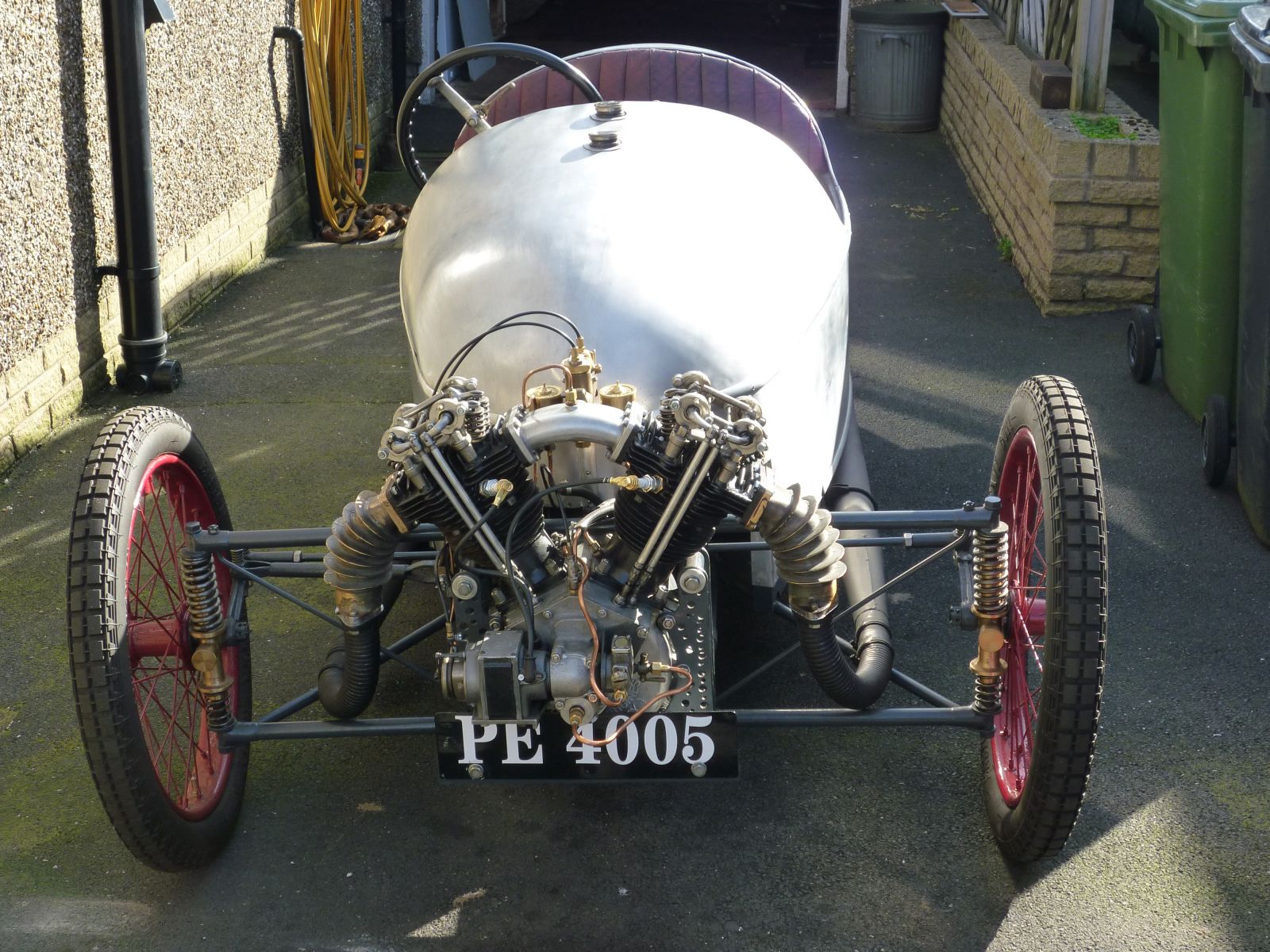