We use necessary cookies to make our site work. We'd also like to set optional analytics cookies to help us improve it. We won't set optional cookies unless you enable them. Using this tool will set a cookie on your device to remember your preferences.
I AcceptLeave cookies off
News » Then and Now 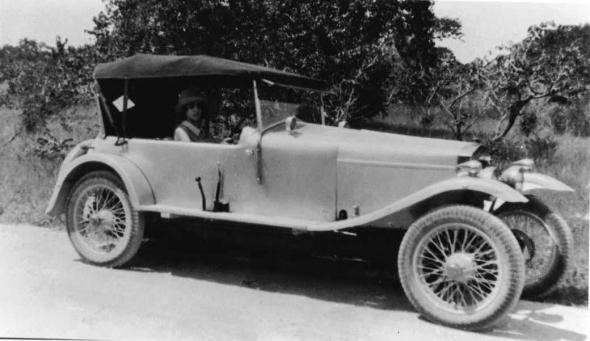 Photo 1 Raymond Dunstan Crarey at the wheel of PF1236 (Chassis 1089), an anzani Fast Tourer originally sold in Jan 1926. This photo was taken shortly after its purchase, 2nd hand, from the Frazer Nash works at Kingston upon Thames. The car was demonstrated to Dunstan Crarey by Archie himself, the whole episode being written up in the Autocar ‘Talking of Sports Cars’ series in 1944. Apparently the car was not fitted with a hood at this time, which DC required – Archie is reputed to have enquired of him ‘Don’t you have a macintosh?’ Photo 2 Is of the car after it was shipped to Zanzibar later in 1928, where it was registered 573 on Zanzibar plates. Dunstan Crarey was a civil engineer responsible for road building on the island. The Nash was raced round the new roads along another Nash (Reputed to be PG 961) owned by Watkins Pitchford. Dunstan Crarey started a long programme of improvements to the car, before its return to the UK in 1930/31. Photo 3 After being rebuilt by AFN in 1931, the car returned to Zanzibar with several updates, lowered screen, no running boards, rear mounted spare and now painted black plus a bonnet strap! It was returned to the UK in early 1933, when it was traded in against a 1931 Boulogne  HX 2286 Photo 4 After losing its original body to the ex Redaway anzani, and it’s original engine to the Chris Russell recreation of PF1144, the remains were acquired by Chilcott in the late 70s. This photo is its final re-incarnation as a Meadows engine Super Sport seen here in its finest hour – winning the class & coming 5th O/all in the 2002 GP Historique at Monaco.