We use necessary cookies to make our site work. We'd also like to set optional analytics cookies to help us improve it. We won't set optional cookies unless you enable them. Using this tool will set a cookie on your device to remember your preferences.
I AcceptLeave cookies off
News » Overseas News - Chassis 1107 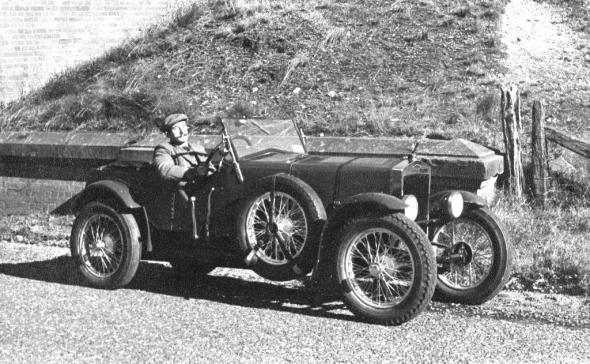 As many will know an Anzani Nash, Chassis 1107,  was recently sold at auction in Melbourne Australia. It had belonged to Ted Hider-Smith since 1957.

The car lived in my local town Castlemaine in the early 1950's owned several times by Jack Cocks. In Jacks ownership he managed to invert the the car on a local road needing a new front axle beam as a result. Made by a Bendigo Engineering firm out of what may have been a slightly short piece of steam pipe the axle ended up a bit narrow which may have contributed to Ted inverting it once and maybe twice if my memory serves me correctly. The two photos show Jack Cocks circa 1952 as the proud owner in before and after shots.