We use necessary cookies to make our site work. We'd also like to set optional analytics cookies to help us improve it. We won't set optional cookies unless you enable them. Using this tool will set a cookie on your device to remember your preferences.
I AcceptLeave cookies off
News » Angouleme Nash Race 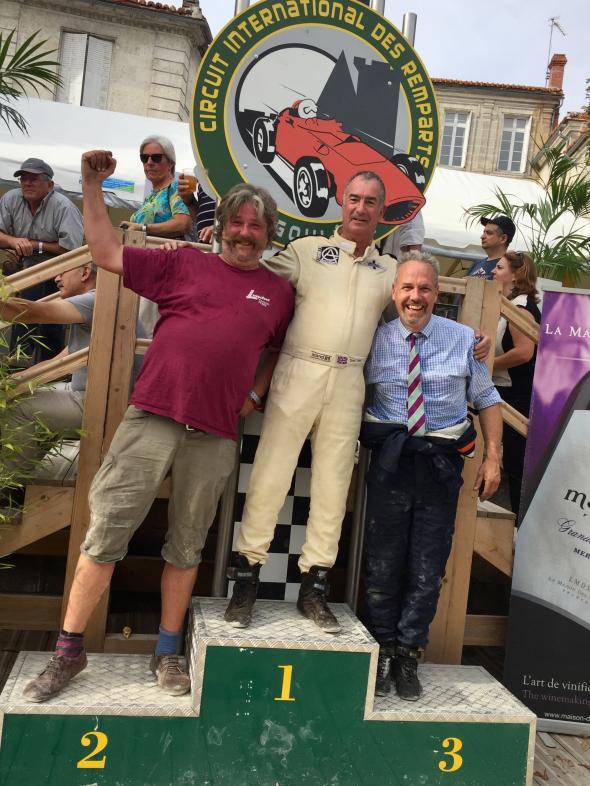 The FNCC returned to Angouleme last weekend with our own grid, 'Plateau Harchibald Frazer Nash'. It was a spectacularly good weekend of racing, drinking, eating and the odd bit of fettling (!) and it was a pleasure to be racing somewhere so potentially dangerous with such an entrusted and safe group of friends.  We were the only grid with no incidents, and fellow competitors in the paddock commented on what a clean race it was.  Of the 16 cars entered, 14 made it to the grid, with 10 cars having driven down.  Julian Grimwade who started on pole unfortunately retired after 4 laps, leaving the way clear for Tony Lees in Cognac to take victory, followed by Dougal Cawley in Piglet and Duncan Pittaway in the GN.