We use necessary cookies to make our site work. We'd also like to set optional analytics cookies to help us improve it. We won't set optional cookies unless you enable them. Using this tool will set a cookie on your device to remember your preferences.
I AcceptLeave cookies off
News » Team race victory at Snetterton 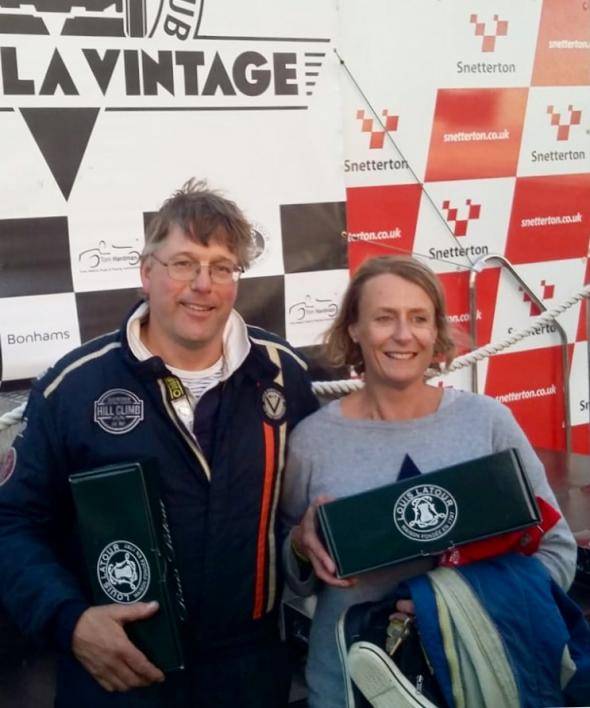 FN/GN  won the VSCC team race outright at Snetterton yesterday! The team, consisting of  Dougal, Jeremy Brewster & Jo BE, beat 10 other teams on scratch to win the race overall, as well as coming 3rd on handicap. In spite of treacherous track conditions after torrential rain all day, they largely managed to keep it on the black stuff, in spite of  Jeremy being side swiped on the 1st lap by a Riley.  Dougal set his usual blistering lap times. So quick was Piglet that it was on its way home to Scrooby before the presentations began and missed the photo opportunity.... Sadly for the young person's team, Tom Waterfield had a mechanical failure in his previous race, which resulted in Hughie Walker having to join forces with an Morgan & and MG.