We use necessary cookies to make our site work. We'd also like to set optional analytics cookies to help us improve it. We won't set optional cookies unless you enable them. Using this tool will set a cookie on your device to remember your preferences.
I AcceptLeave cookies off
News » Charlie's hot Anzani 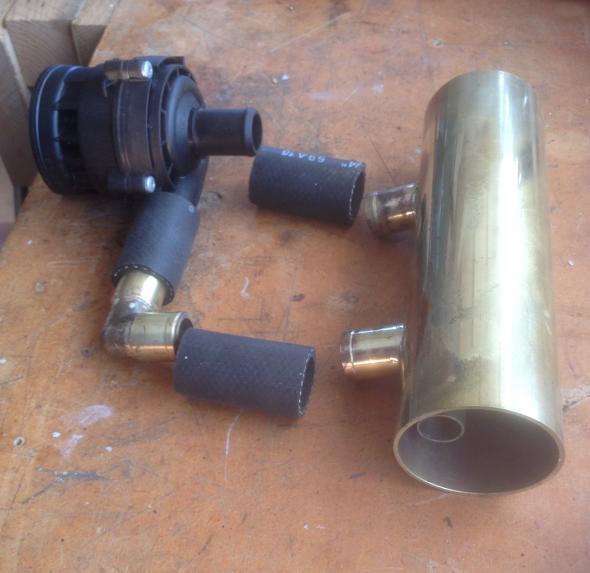 Charlie Carmichael says - My Anzani runs very hot, the car relies on thermosyphon to circulate the water. I have seen a few Anzani’s with a supplementary electric pump being fitted in line. This means that the big bottom pipe has a section through the pump of only 14 mm bore, fine though I guess if the electrics and pump always work, but if the pump fails there would be a major restriction to the thermosyphon.   (I’ve driven back from France in the past with just the magneto and an entirely dud battery, fortunately I eventually found a battery shop before it got dark !)

So decided to make a bypass pump setup which would be a better idea to supplement the water flow.

I then discovered Chris Need had the same idea, Chris sent me some photos of his setup: 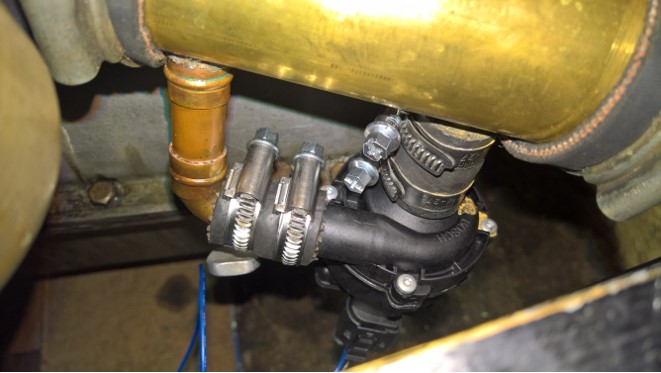 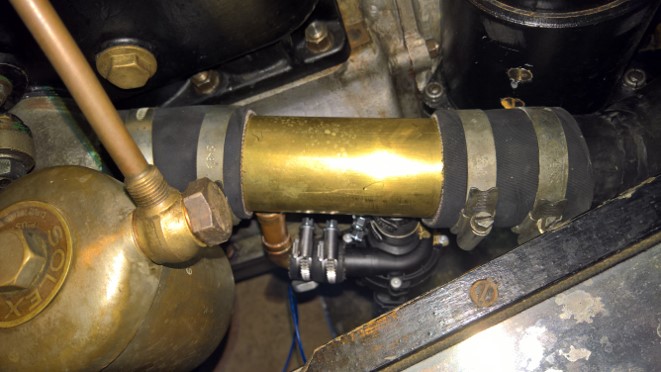 The fittings Chris used on the inside of big brass pipe are 15mm 90degree elbows facing each way, attached to these elbows, inside the big pipes, a length of hose pipe goes up to block and another to the bottom of the radiator. This stops the pump from locally circulating the same water. The internal routing just collects the water then points the flow in the correct direction. I was aiming for a venturi type effect (motive flow pumping ed.)

With the pump not being inline there is still plenty of room in the big pipes so if the pump fails it can still thermosyphon. It works really well and gives the water an assisted shove. With the pump on the increased flow drops the water temperature more than 20c (from over 95c to around 70c). Chris reports he only really need to use it when pressing on and on long uphills. 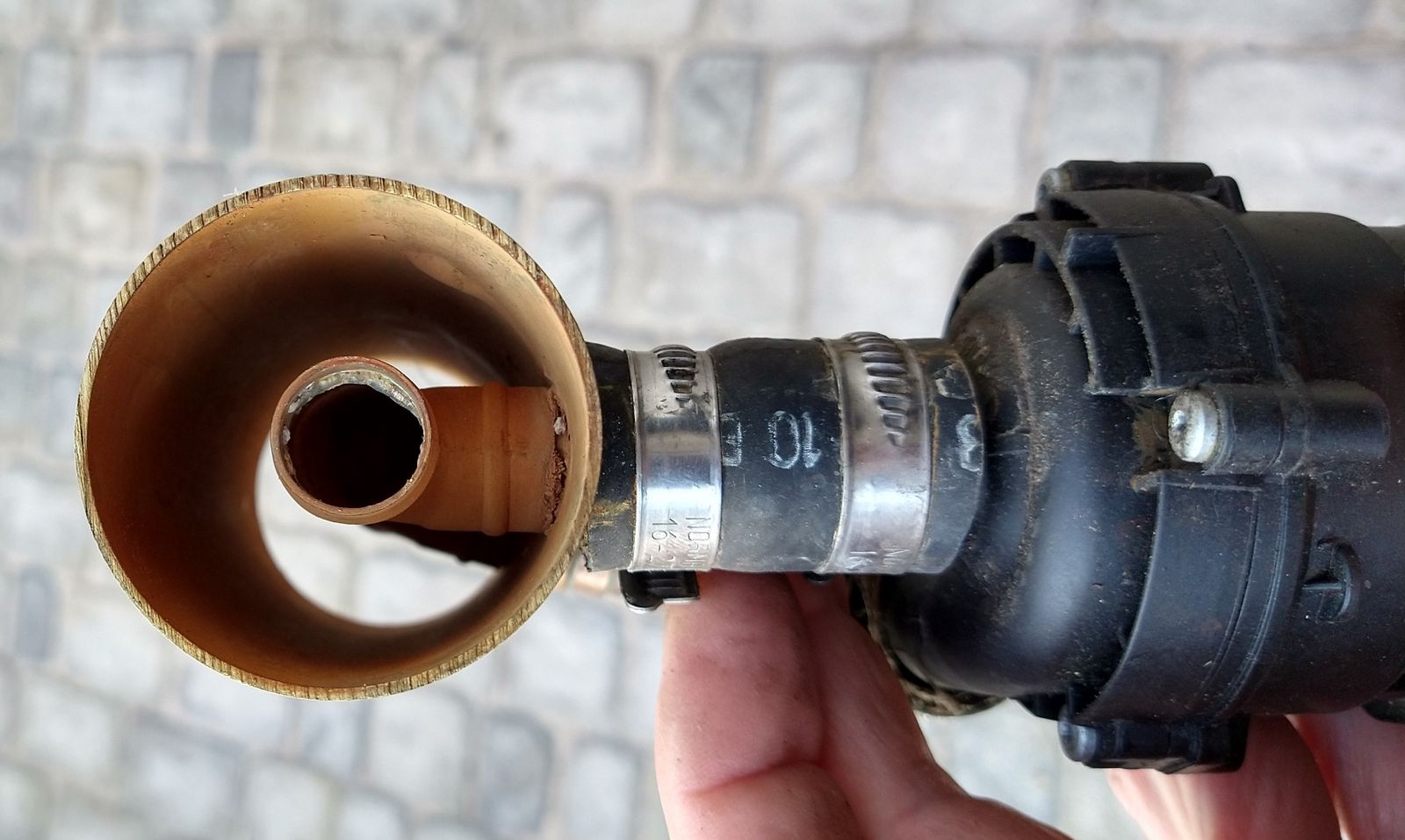 Chris’s next step is to try a small belt driven alloy kart water pump tucked under the timing case (driven by the rev counter drive) feeding the same 15mm elbows….

Charlie is also attaching a tail of hose on each elbow,  prob 3" on block side and 6" on rad side to max out on the available straight length, should eliminate back flow .

The question is, given a nice clean, new, section block and Serck Radiator why doesn’t the thermosyphon work well? The period road tests said they over cooled…. My suspicion is the radiator doesn’t flow as well as an original?