We use necessary cookies to make our site work. We'd also like to set optional analytics cookies to help us improve it. We won't set optional cookies unless you enable them. Using this tool will set a cookie on your device to remember your preferences.
I AcceptLeave cookies off
News » Indians and Cowboys 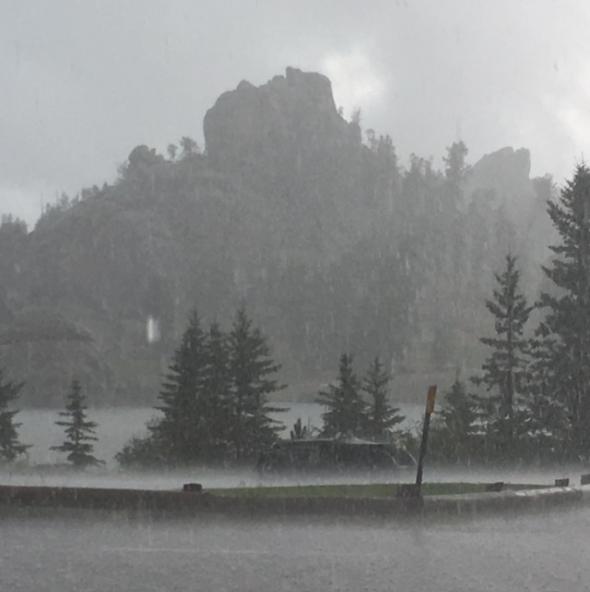 Heap big fun at the Ho-Chuck Tribe powwow in Winnebago, Nebraska, and PG now known as Crazy Chain Car. We stopped at the Wounded Knee site, a sad place if not just for the few Sioux Indians who were trying to extract a few bucks for booze. The Native Americans were friendly, but the Native American Mosquitos weren't and we were attacked when attempting to picnic in the area.

On into real cowboy country where the men wear Stetsons and cowboy boots and the women have beards. It was very good in the Badlands, but very bad in the Blackhills (due to weather), both in South Dakota. The whole country's population of motorbikes (90% are H.D.s) are descending on Sturgis on the northern edge of the Blackhills this next weekend and they reckon that there will be in the region of 750,000 bikes there. We drove through rain for most of the day and then it got worse with the mother of all hailstorms, thunder and lightning and incredibly high winds. At the end of the day, after the worst journey we've ever had, we were told that it was very close to becoming a tornado in the exposed area on the South Dakota and Wyoming state line. However, Crazy Chain Car carried us through it and only went onto three for a short while.